Join Our TeamContact us 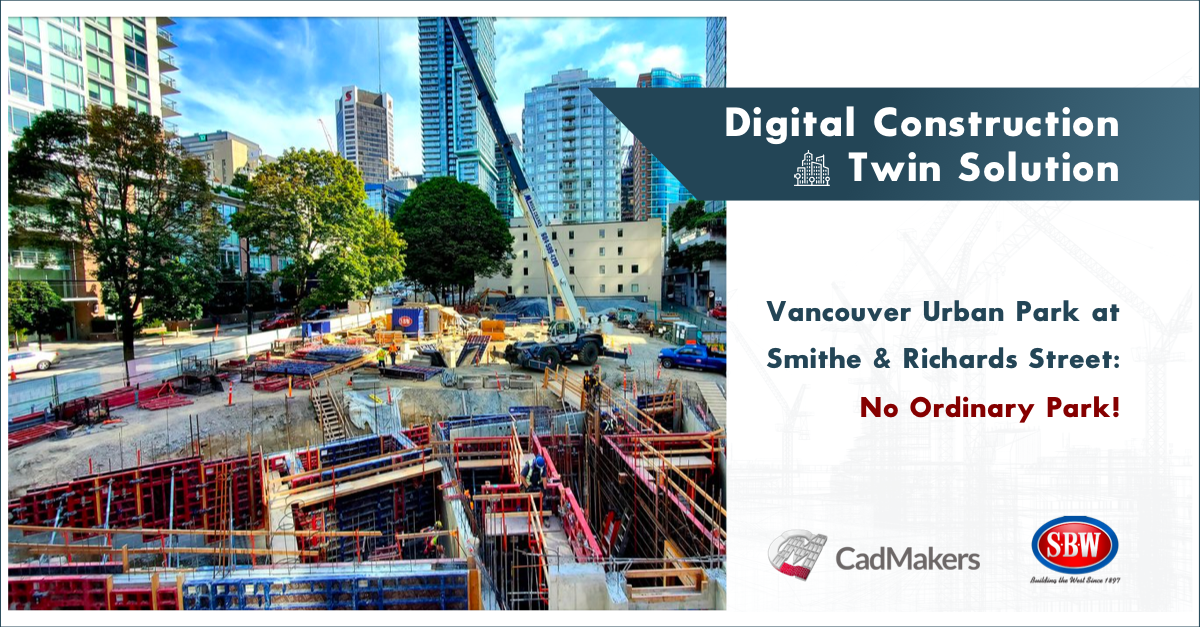 No Ordinary Park! How Smith Bros. & Wilson (BC) Ltd. Deployed a Digital Construction Twin to Enhance Collaboration and Push the Integration of Construction Technology Copy 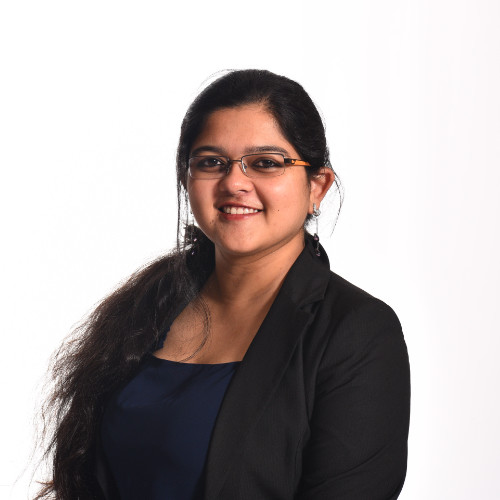 Smith Bros. & Wilson (BC) Ltd. (SBW) has undeniably played a significant role in the development of Western Canada for over a century. Their reputation for reliability is second to none. Driven by their values, SBW contributes to building a better society and their logo is seen on construction sites as diverse and as challenging as the industry has to offer. Seismic upgrades and renovations, hospitals, schools, university libraries, and office towers are just some examples that make up SBW’s diverse portfolio.

New complex construction projects are great for corporate resumes, but often come with increased risks and unique challenges. Low resource productivity, budget constraints, skilled labor shortage, and sustainability concerns can all drive down profitability of the project. Rick Murray, Director, Construction at SBW, summarizes “The delegation of coordination and design responsibilities being placed on the Construction Manager and General Contractors in the industry is becoming more complex and assigning more risk than ever before. When faced with this dilemma, we made the choice to find a solution that allowed us to advocate for ourselves and mitigate these new risks.”

SBW looked to CadMakers when they were retained as the construction manager and general contractor for the upcoming Vancouver urban park at Smithe & Richards street. CadMakers’ Digital Construction Twin solution offered SBW a proactive tool to help identify and mitigate project risks while allowing for effective project team communication. CadMakers’ tools allowed the proposal of solutions to complex geometries and construction sequencing, prior and even during construction. To date, this has allowed SBW to perform a virtual construction study and get ahead of coordination complexities that would be found later on-site. The Digital Construction Twin solution also helped SBW run 4D sequencing simulations to optimize the scheduling on site, integrate trade coordination and shop drawing reviews, and layout various building elements onsite directly from the model. This approach enabled digital delivery of key project milestones, including the ability to have project teams interact via online meetings and share access via cmBuilder’s 1-click share link feature.

The scope of this project was to build a new urban city park at the intersection of Smithe & Richards streets in downtown Vancouver. Construction of this $14.5 million-dollar park began in January 2020. This urban park will service over 10,000 residents and 17,000 employees within a five-minute walking radius. It will include a small café with public washrooms, a community plaza with decorative water features, and seating throughout. This urban park will also feature a pedestrian bridge and a promontory extending into the Smithe street right-of-way. There will be a children’s playground and over-head sky-frames that will support lighting and ephemeral installations.

While the scope and budget for this urban park was not considered SBW’s largest project, the complexity and potential value added to the owner warranted bringing CadMakers and their Digital Construction Twin solution onboard. The original output was to produce a virtual construction study for detailed excavation, the concrete structure throughout the park, and a review of the mechanical features such as ductwork and plumbing throughout.

As part of CadMakers’ process, the Digital Construction Twin model was created based on drawings made by the architects and structural engineers (DIALOG). CadMakers focused on understanding the intent of the design geometry and assisted on relaying this information to site. The complexity was quickly realized as the model captured the unique geometry in 3D space. However, with the robustness of the 3D model, design geometries are easily adjusted and optimized with the design inputs of the architect and structural engineers.

The advantage of building a Digital Construction Twin for construction is to help identify, predict, and analyze risks on a jobsite. Through the modeling process, standard construction sequence and practices are emulated, and the structure is virtually built before any progress happens on site. The team at CadMakers captured any questions they had and relayed this to the design team, which decreased the delay time on site when construction eventually starts. Ultimately, it provided the project team with a holistic understanding of how systems interacted and where there were potential conflicts. CadMakers can provide data to find solutions to problems while also providing enhanced visualization of the construction process with 4D modeling. CadMakers’ Digital Construction Twin was used for coordination with trades, such as formwork, plumbing, cladding, and steel modeling. CadMakers modeled and reviewed the architectural drawings, shop drawing and assisted in the design of the formwork (PERI) and steel bridge (Sold Rock Steel). CadMakers and SBW used the final coordinated digital twin to layout resources on site directly from the model using a robotic total station. Depending on the element required for layout, this reduced the setout times from up to 6 hours down to just 30 minutes.

Live Coordination, Steel Beam and Rebar: Despite most of the virtual construction study being conducted prior to construction on site, CadMakers can adjust the model to capture as-builts on site as well as add in additional detail as required. During the construction of the café, SBW identified the area between the steel canopy beams and the concrete wall rebar as an area of concern. CadMakers was able to model the rebar based on current shop drawings and immediately generated a live report with a link from the cmBuilder engine and shared with SBW. SBW stopped work prior to installation, which saved them hours of re-work and wasted material. SBW used the live report and screenshots to generate an RFI and sent it to the structural engineers for review.

Robustness, Optimizing Wall Angles and Interior Space: The café, a hub in the urban park, consisted of one vertical wall and two angled walls which created a unique and eye-catching geometry. The complexity of this geometry was centralized around the coordination of piping and ductwork between the café and the basement. It was important to allocate enough space for all the services lines to run between these two zones, but also allocate space for future maintenance and additions. Adjusting one angled wall impacted the other since the design intent and roof elevations were a key consideration. With the help of CadMakers’ robust 3D model, optimal wall angles and space allocation was achieved incompliance with the architect’s design intent. The sub-trades were involved through this iterative process and were able to visualize their equipment installation and provide feedback with the help of CadMakers' 3D model on cmBuilder.

Innovation, Use of Total Stations: Conventional layout on site relies on printed plans, tape measures, and plumb lines to translate architectural designs to the field. SBW is a firm believer that the construction industry can progress greatly through innovation using technology. SBW decided to integrate the precision and detail of 3D models with the use of robotic total stations. The goal was to reduce time spent on layout, man-hours required, and improved accuracy. SBW worked with CadMakers to coordinate and load the model into their total station on site. Almost every element can benefit from site layout, including concrete structures, formwork, steel members, rebar, and services. Accuracy is a key component in site layout, and CadMakers ensured that their model contained the most up-to-date information.

Collaboration, Saving Resource with Model Sharing: Building a Digital Construction Twin was only half of the work required for SBW to execute a project of this complexity. Once SBW had the completed model from CadMakers within their arsenal of tools, they had to develop a way to communicate that to their project team and field. Formwork design takes a lot of time and can consist of 30 % of the construction cost. SBW had a specialized formwork design team(PERI), but with multiple RFI’s and changes to the model and complex geometry, SBW asked them to use the 3D model built by CadMakers. The design and angles of the wall were made following the architecture design intent and were unique to the model built by CadMakers. This model drove the formwork fabrication process.

The Digital Construction Twin solution provided by CadMakers helped SBW to communicate early design constructability questions as well as work with their consultants to mitigate them. SBW was able to avoid changes in the design during the construction phase, which reduced costs and schedule impact. Confidence in CadMakers’ 3D model accuracy allowed SBW to use the model to coordinate with formwork and steel trades digitally and eventually use the model for site layout.

‍Want to try cmBuilder out for yourself? You can directly start a free trial on cmBuilder.io today! You can also schedule some time and book a customized demo with a product expert!

CadMakers today announced that cmBuilder.io, the digital site planning and simulation platform built by CadMakers, has now been used to simulate over 700 projects from across the globe since being launched on September 15th, 2020. Preconstruction teams are increasingly transforming their processes in the pursuit phase or early project planning to reduce risk, optimize temporary resources and provide enhanced visualization in a short time period using the core simulation engine of cmBuilder. The ability to rapidly run various scenarios (1 crane vs 2 crane, different site access points, etc.) and share live links with project stakeholders via the cloud database, makes cmBuilder easy to implement, use and collaborate.

Our CEO, Javier Glatt's thoughts on why we are building cmBuilder.io and looking into the future of the construction industry.

Before cmBuilder, it had been quite the challenge for construction planners to perform quick, real-time scenario analyses for the excavation phase, as much of the information provided by the design team pertaining to geotechnical was done in 2D only, which caused a mix of 2D and 3D design information to draw from. With this first release of the excavation feature set, cmBuilder makes it easy to rapidly model, simulate and quantify the bulk and detailed excavation phase with the ability to perform "cut" operations and link excavation phases to milestone dates.